CHARLIE SMITH LONDON is delighted to present a solo exhibition of new work by Hugh Mendes. 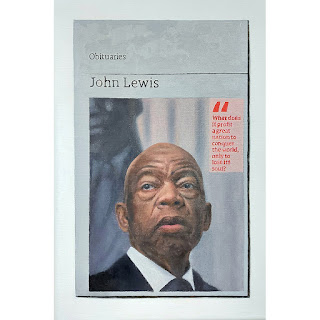 Mendes is well known for his ongoing series of obituary paintings, which in recent years have focused on artists. But in the early stages of his career Mendes’ practice responded entirely to political events. Mendes began making oil paintings of newspaper pages in 2001 when he found a scrap of an Arabic newspaper in Brick Lane, east London. Blowing onto his feet, he picked up a picture of a turbaned man aiming a Kalashnikov, which he later made into a painting that formed part of a diptych, the other being a portrait of George W. Bush. Scheduled to be shown at Mendes’ MA final show, opening on September 11th 2001, the artist had portentously paired Bush with a Kalashnikov aimed at him by the then relatively unknown Osama Bin Laden. This became the precursor of one of Mendes’ two obsessions: the first being The War on Terror, a ten-year retrospective of which was exhibited at Kenny Schachter / ROVE; and the second being an unyielding recreation of newspaper Obituaries. 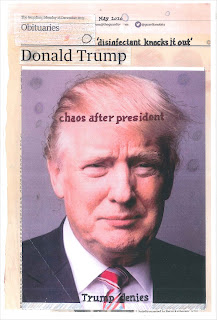 During this fateful last year, Mendes has found himself responding once again to the tumultuous events that we have witnessed, specifically the Covid pandemic and the Black Lives Matter movement. As Mendes states: “People have noted that these events have had the most significant global impact since 9/11 and the subsequent fallout. I spent several days in hospital suffering from what was thought to be Covid related symptoms affecting my heart. I was rushed off in an ambulance with my heart lurching from 220bpm to 30bpm. I thought I might die, but my response was to make work on paper from my hospital bed, relating to Covid headlines…” 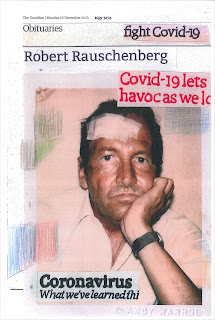 Death has always been a dominant factor within Mendes’ oeuvre, from his direct engagement with obituaries to the more oblique symbolism of memento mori in still life painting. Death, and the political, have always been intertwined in the artist’s life. He was born on Armistice Day in 1955 in the British Military Hospital at Hostert, Germany, which ten years earlier served as a Nazi experimentation and death camp during the war. His mother worked as a nurse and was one of the first people to enter the Belsen concentration camp. She never fully recovered from the experience and suffered a consequential and untimely death when Mendes was 7 years old. His father worked with British intelligence during the war as a code breaker and interrogator of Nazi officers. After the war he became a newspaper editor, and significantly, after his death in 1998 Mendes found a collection of newspapers and clippings that covered important world events. Upon his father’s death, Mendes spent several hours with his body over two days and subsequently painted his portrait as a corpse. In this exhibition, then, Mendes returns to early methodologies and interweaves death, the political and love: 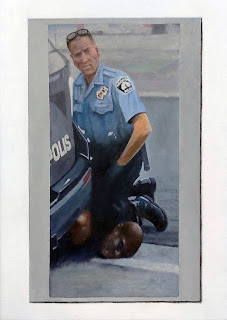 “All my paintings come from a place of love in response to death, in the form of obituaries and what are often very difficult political events. The obituary paintings in particular are attempts to honour the subjects out of respect and love. They are loving memorials.” 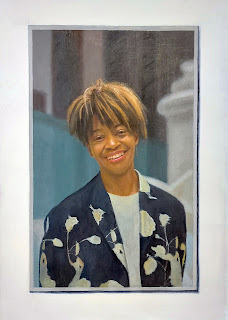 Posted by Zavier Ellis AKA Charlie Smith at 15:12