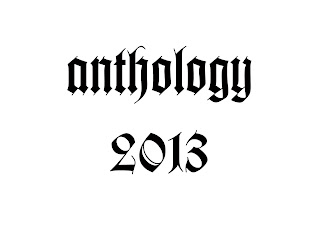 Ten finalists will be exhibited at CHARLIE SMITH london

The winner will be profiled in State Magazine (circ. 45,000) 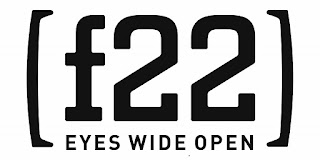 The Anthology jury members change every year, ensuring artists who have previously applied will continue to be assessed by different individuals and thereby have renewed opportunities to be selected.

The inaugural Anthology exhibition was won by Tom Ormond in 2011. Ormond had previously exhibited internationally including at Alison Jacques Gallery and The Serpentine and as a direct result of winning Anthology went on to be curated into Channel 4 & Saatchi’s New Sensations and The Future Can Wait, as well as being placed in leading private collections in London and Los Angeles by CHARLIE SMITH london. Every finalist in the Anthology show sold works during the exhibition, and others who did not reach the final have been curated into exhibitions by jury members as a direct result of their application. The other finalists were Jake Clark, Emma Critchley, Harold de Bree, Andy Harper, Alex Hudson, Enzo Marra, Steven Morgana, Suzanne Moxhay and Michelle Sank.

The 2012 edition was won by French artist Eric Manigaud. Six large scale works were placed in the Saatchi Gallery collection from the Anthology exhibition, which will be shown at the Saatchi Gallery in June 2013. Manigaud has also been given a one person show at CHARLIE SMITH london; will become a represented gallery artist; and will be exhibited at Volta Basel 2013. The other finalists were Jocelyn Allen, Hugo Bruce, Tom Butler, Adam Dix, Richard Ducker, Mauro Espindola, Jamie Lau, Richard Stone & Ben Walker, several of whom went on to be curated into Channel 4 & Saatchi’s New Sensations and The Future Can Wait where they all sold work. Butler will also be included in CHARLIE SMITH london’s presentation at Volta Basel 2013.

Artists at all stages in their careers and working in any medium are invited to apply.

Ian Davenport has regularly exhibited nationally and internationally and is included in public collections of the Arts Council, Government Art Collection, Tate Gallery and Dallas Museum of Modern Art. He has completed several large commissions, notably the University Warwick and 'Poured Lines' Southwark Street, London which at 50 metres long and 3 metres high is one of the largest permanent artworks in London. He first came to prominence in 1988 when he participated in Freeze, curated by Damien Hirst. He had his first one person show at Waddington Galleries in 1990 and the same year took part in the British Art Show. In 1991 he was the youngest person to be nominated for the Turner Prize. Alongside regular exhibitions at Waddington Galleries other recent exhibitions include Galerie Xippas (2005), Slewe Galerie, Amsterdam (2005, 2010), Paul Kasmin Gallery, New York (2008), Galerie Andres Thalman, Zurich (2012) and Giacomo Guidi Arte Contemporanea, Roma (2012). In 2004 Ikon in Birmingham hosted a retrospective of his work.

Zavier Ellis is the Director of CHARLIE SMITH london. He is also co-founder of the museum scale show for emerging artists The Future Can Wait, which for the last two years was organised in partnership with Channel 4 & The Saatchi Gallery’s New Sensations. Zavier has curated exhibitions internationally including in Berlin, Helsinki, Klaipeda, London, Los Angeles, Naples and Rome; and has placed work in notable private collections globally including The Saatchi Gallery, Javier Baz, Peter Nobel, Jean Pigozzi, David Roberts and Thomas Rusche. Known as an acute talent spotter Zavier has identified and exhibited a number of important young artists directly from Art College including David Blandy, Oliver Clegg, Tessa Farmer, Sam Jackson, Monica Ursina Jäger, Nika Neelova and Douglas White. Zavier also collects and is a practicing artist and has most recently exhibited at Paul Stolper Gallery in London and Museum der Moderne in Salzburg.

Hélène Guérin is a London based French collector whose collection features numerous globally recognised artists including the YBA’s. Hélène is highly dedicated to supporting emerging artists and is keen to engage with the life of the artist as well as the work itself. Hélène was previously a Lawyer at the Paris Bar and practiced in both Paris and London, representing eminent private and corporate clients throughout her career. She is now committed to supporting the arts and managing her property portfolio.

Ceri Hand initially trained as an artist and draws on over twenty years’ experience in the art world, having previously acted as Director of Metal (Liverpool), Director of Exhibitions, FACT (Liverpool, where she was a contributing curator to Liverpool Biennial in 2004 and 2006), Deputy Director of Grizedale Arts, Cumbria and Director of Make, London. Exhibitions curated during the Liverpool period include artists Yang Fudong, Jill Magid, Vito Acconci, Chen Chieh-jen, Walid Raad/The Atlas Group, Christian Jankowski, Matthew Buckingham, and The Black Audio Film Collective. She established Ceri Hand Gallery in Liverpool in 2008 and has recently relocated the gallery to London. She has been on the boards of a number of organisations in the UK (including Malgras Naudet, Eastside Projects, Open Eye Gallery and Tate Members Committee). She was a recent selector for the Creekside Open, The Catlin Art Prize and the Kinsale Arts Festival and has been an Artists Mentor for the Photographers Gallery and New Art Gallery Walsall.

Max Presneill is a Los Angeles based artist and curator, originally from London, UK. Currently he is the Director & Head Curator for the Torrance Art Museum as well as Curatorial Director of ARTRA Curatorial (www.artrala.org), an independent curatorial projects management team who organize large scale art events e.g. the CO/LAB art fair for alternative spaces as well as the MAS ATTACK series of pop-up exhibitions. He has extensive experience internationally as a curator having organized exhibitions for museums, institutes and galleries in the US and UK, the Netherlands, Japan, Mexico, Turkey, Australia, and more. He was the Founder and former Director of Raid Projects (1998 - 2009) - an artists’ initiative space with global reach and Director of the Mark Moore Gallery (2005-8). As an artist he has shown throughout the world including New York, London, Amsterdam, Istanbul, Sydney and Tokyo and is represented by the Garboushian Gallery, Beverly Hills, as well as the Durden & Ray collective.

Posted by Zavier Ellis AKA Charlie Smith at 18:18